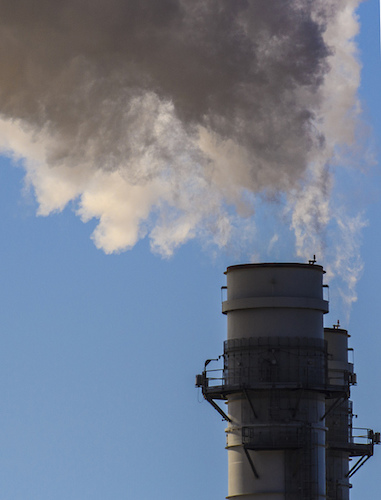 The world’s carbon dioxide emissions held steady last year for the first time in a decade, according to BP’s annual statistical review of world energy, though the company isn’t sure the trend will last.

While the International Energy Agency previously reported zero CO2 emissions growth in 2014 and 2015, BP said those figures failed to address questions about coal use in China.

“With the exception of a drop in global emissions around the time of the 2009 financial crisis, which heavily depressed overall business activity, the BP figure of 0.1% growth in CO2 is the lowest for 25 years,” The Guardian reports, with China leading the way in cutting emissions.

“There are good reasons for thinking that some of this slowdown (in emissions growth) reflects structural forces that are likely to persist and grow in importance,” said BP Chief Economist Spencer Dale, citing growing global adoption of energy efficiency and renewable energy. He added that the Paris Agreement will lead to “further policies aimed at shifting the fuel-mix toward cleaner, lower-carbon fuels, with renewable energy, along with natural gas, the main beneficiary.”

But BP believes some of the shift in emissions “probably reflects cyclical factors, particularly the contraction of China’s most energy-intensive sectors, which are unlikely to keep being repeated and may well unwind in future years,” Dale told media.

The company reported that global solar capacity grew 32.6% last year and wind by 17.4%. Overall, installed renewables increased 19.7% in the United States and 10.9% in Germany, while China became the world’s biggest solar producer.