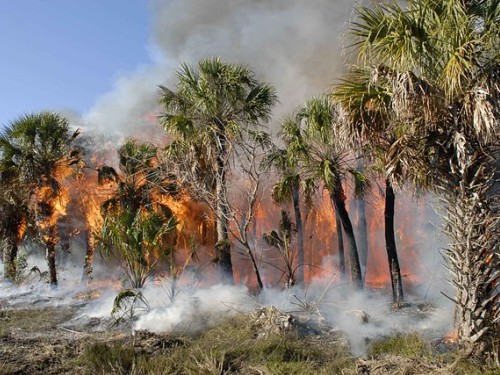 Average global warming of 2°C will likely force people, wildlife, and plants in the tropics to migrate hundreds of miles this century, according to a study published yesterday in the journal Scientific Reports.

Authors Solomon Hsiang of UC Berkeley and Adam Sobel of Columbia University describe the resulting displacements as “an almost complete evacuation of the equatorial band” that will affect ecosystem as well as human well-being, according to UC Berkeley News.

“We’re not making specific predictions about migration patterns of individual species,” Sobel said. “But the geophysical constraint is that, as the tropics get hotter, you’ll have to go far, essentially leaving the tropics, to cool off.”

Hsiang and Sobel “foresee dramatic population declines in Mexico, Central America, Africa, India, and other tropical locales if ecosystems or humans move due to climate change,” Berkeley reports. “In their analysis, the pair used a model to demonstrate how climate dynamics in the tropics can dramatically magnify the consequences of climate change as it is experienced on the ground. This means even small climate changes can have dramatic impacts.”

“The point we’re trying to make in the paper is people are not really talking about the tropics,” Hsaing said. But “the tropics, because of very specific patterns that occur, are a place where we might actually be really concerned.”

The study determined that some oceanic and terrestrial species might move 1,000 miles or more to keep within their “temperature budgets”. Populations at the cooler edges of the tropics could grow 300% or more. “At those densities, disease and conflict over resources, among other issues, would bring their own complications,” Berkeley notes.

“We know that people and species of all kinds move for all kinds of reasons, not just to stay at the same temperature,” said Sobel. “At the same time, the uniformity of tropical temperatures is a basic fact about the temperature structure of Earth, and still will be as the climate changes. It seems like a very basic constraint that ought to be understood as we think about populations.”

Citing the catastrophic bleaching of the Great Barrier Reef as an example, Hsiang added that “another real problem arises when populations can’t move, but instead have to stay put and suffer the consequences of a new climate. This can happen when human migrants run into political borders or when species physically can’t move fast enough.”

In the Washington Post, reporter Chelsea Harvey says the study points to a different way of looking at climate impacts. “It’s no surprise that populations living in the Arctic—whether human, animal, or otherwise—have become the poster children for global warming’s terrible consequences,” she writes. But based on the Columbia-Berkeley study, “while the stakes at the poles are high, we may want to be paying a little more attention to what’s going on near the equator, as well.” (h/t to The Energy Mix subscriber Shelley Kath for first pointing us to this story)