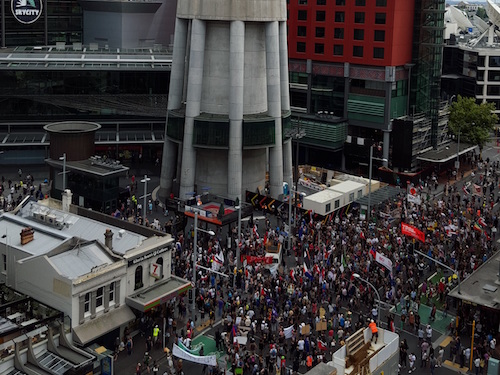 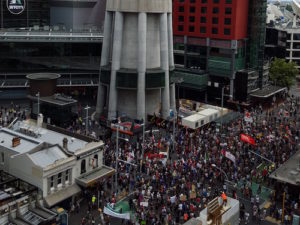 More than 450 U.S. environmental groups urged Congress to reject the proposed Trans-Pacific Partnership (TPP) trade and investment agreement if it is brought to a vote, warning that it could frustrate efforts to fight climate change or take other steps to protect the environment.

A Parliamentary committee is currently considering whether to recommend that Canada ratify the same 12-nation agreement. In both countries, the draft pact’s investor-state dispute settlement provisions—standard clauses in as many as 2,000 bilateral and multilateral investment agreements world-wide—have become sticking points for opponents.

In a letter delivered to every member of Congress, the groups argued the provisions would allow foreign companies to “challenge U.S. environmental standards in tribunals outside the domestic legal system,” and to demand compensation for measures the country might take to limit climate change.

They cited the example of TransCanada Corporation, which has filed a claim under NAFTA’s ISDS provisions seeking $15 billion in compensation for the Obama Administration’s decision to deny it a permit for its proposed Keystone XL pipeline. Along with a trade and investment agreement that the United States is negotiating with Europe (where ISDS provisions have also met resistance), “the TPP would more than double the number of fossil fuel corporations that could follow TransCanada’s example and challenge U.S. policies in private tribunals,” the groups wrote.

350.org has previously declared the proposed pact an “act of climate denial” that permits corporations to sue governments for climate policies that affect their business.

President Obama has said he wants to see the TPP passed before he leaves office next January, but all three contenders still in the race to replace him have expressed reservations about the agreement.

“There is so much momentum now to end the TPP and other trade agreements,” Sierra Club’s Ilana Solomon told Reuters, that she is hopeful Congress will turn it down. “This is an area where there is bipartisan agreement…that these deals harm workers, communities, and our environment.”