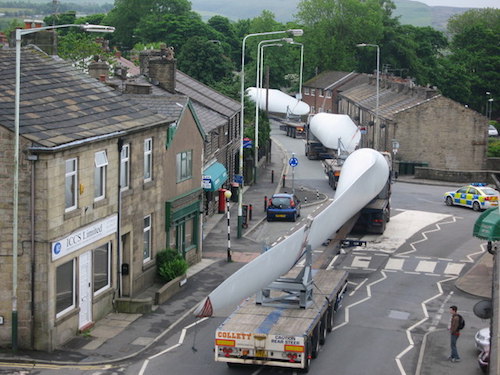 In under six minutes, this fast-motion video from Mid-American Energy Company traces the construction of the tallest wind turbine tower in the United States, a 2.4-MW machine that stands 379 feet from the ground to hub height, and 557 feet from ground to blade tip.

“This concrete tower reaches new heights and potentially new wind resources,” the company says of the new design, which features a 181,000-pound nacelle, more than 80 miles of reinforcing steel, and 90 tons of rebar in the foundation alone.

“Wind power engineering is governed by a simple fact: The higher you go, the stronger and steadier the wind gets and the more power you can generate,” explains Vox climate correspondent David Roberts. “So the evolution of wind power over the years has largely been a process of building bigger and bigger blades and perching them atop higher and higher towers.”

The tower in the video “is not quite up to the level of the best turbines in Europe, but it’s mainly meant as an experiment,” Roberts writes. His post goes through the design, construction, and component transportation issues that have pushed some wind developers to consider modular concrete designs.