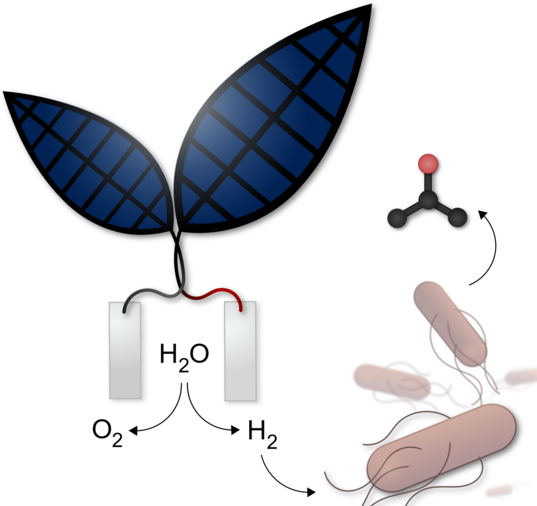 A new “bionic leaf” technology that uses solar panels to split water into oxygen and hydrogen could eliminate much of the need for plantations to grow biofuel crops, according to a Harvard University study published last week in the journal Science.

“Once separated, hydrogen is moved into a chamber where it is consumed by bacteria, and with help from a special metal catalyst and carbon dioxide, the process generates liquid fuel,” the Thomson Reuters Foundation reports. “The method is an artificial version of the photosynthesis process plants use to make energy from sunlight, water, and carbon dioxide, scientists said.”

A study earlier this year found that 4% of the world’s farmland is used to grow bioenergy feedstock, rather than food, and “tens of thousands of small-scale farmers across Africa, Asia, and Latin America have been displaced,” the agency writes, citing GRAIN, a land rights group in Barcelona.

By contrast, the bionic leaf “is not competing with food for agricultural land,” said Harvard Energy Prof. Daniel Nocera. “The footprint these solar panels need is about one-tenth the size of what you would need for sugar cane.”

With a price on carbon, Nocera said investors would embrace the bionic leaf as a cost-effective energy option.