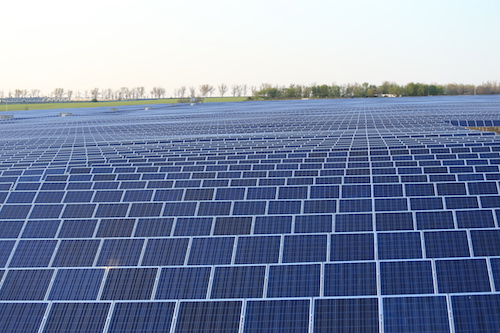 Utility-scale photovoltaic costs in the United States are headed for 99¢ per watt by 2020, thanks primarily to continuing reductions in the “soft costs” associated with selling and installing solar energy systems, according to a report this week by GTM Research.

GTM “estimates the price for a utility-scale fixed-tilt ground-mount PV system to hover around $1.25 per watt today,” writes Marketing Manager Mike Munsell. “Modules represent half of the cost, additional hardware such as inverters and balance-of-system components represent 22%, and the remaining 28% is made up of soft costs.”

That latter category represents “both the biggest opportunity, but also the largest hurdle for future cost reductions, particularly in the residential and commercial market segments where prices are much higher than in the utility-scale segments,” he adds.

For rooftop photovoltaics, costs averaged $3 per watt in the first half of 2016, with soft costs accounting for 64% of the total. Commercial solar systems were in the $2 range. GTM expects solar costs to fall 33% in residential and 25% in the commercial market by the end of this decade.

“Commercial PV installers need to find more ways to shorten the length and de-risk aspects of the project cycle in order to substantially reduce origination and overhead costs,” said lead author Ben Gallagher, noting that solar companies can streamline their operations with the right software tools and business models.