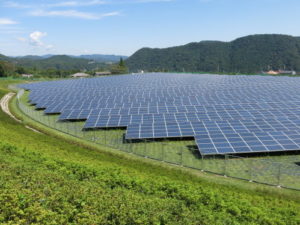 Amid boisterous optimism in renewable circles over record rates of investment and plummeting prices, energy equities blogger Gerard Reid points out an inconvenient truth: while the gap between them narrowed, fossil-fueled generation put more capacity online around the world last year than renewables did.

It may be true that investors globally put more money into renewables than fossil fuels last year. Nonetheless, Reid observed, “we are continuing to add, in particular, coal at enormous rates. In fact, there were more new coal plants installed last year (84 GW) than there was any other generation technology.”

New fossil fuel generation installations climbed above 200 GW last year for the first time since 2011. “To make things worse, there was some 62 GW of diesel gensets installed across the world in 2015, and the likelihood is that these will deliver more power this year than all the new solar (57 GW) put on the grid last year.”

Many of those facilities carry service lifetimes of decades. Nonetheless, Reid believes a number of factors limit fossil fuels’ future. Investors, made skittish by the Paris climate accord and the threat of stranded assets, are raising the price of capital for fossil investments. “We are seeing a growing backlash against coal, particularly in Europe and the U.S., but also increasingly in markets such as China,” he says.

At the same time, diesel generation for remote or back-up service will lose customers to “cheaper alternatives,” particularly photovoltaic solar packaged with storage and natural gas as a back-up.

The combination of solar and storage, he adds, will “enable cheap, low-cost, decentralized solar to be better used in our system.”

For the moment though, fossils still lead the race.