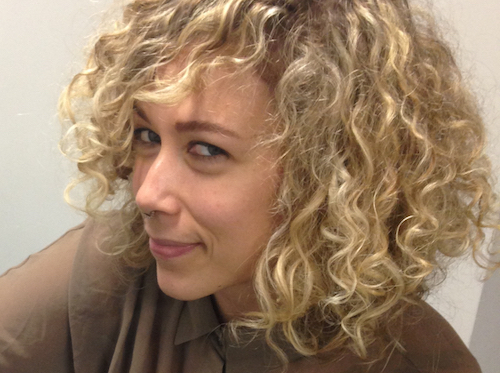 With Canada’s climate community in the midst of a high-stakes campaign that will define the country’s climate and energy policies for years to come, Climate Action Network/Réseau action climat-Canada (CAN-Rac) has appointed Catherine Abreu as its new executive director.

“We’re at this amazing moment in the Canadian climate movement,” Abreu, former energy coordinator at the Ecology Action Centre in Halifax, told The Energy Mix in an exclusive interview last week. “We’ve spent the last decade fortifying ourselves to be able to speak up on behalf of climate justice in a space of closed doors. Suddenly, the doors have been flung open, and we have the opportunity to engage with decision-makers.

“Many of us involved with climate change in Canada have grown up in a movement that didn’t have those opportunities,” she adds. “So there’s a whole new set of skills to be acquired,” beginning with how to interact with federal officials and shape policy pitches that will be useful to them. “CAN-Rac can play a role in assessing what’s needed, understanding what folks might be interested in learning, and supporting our members in gaining those skills.”

Abreu sees opportunity and challenge in a moment when federal decision-makers are turning to the climate community for practical program models, rather than general policy advocacy. “There’s a suite of solutions that have always been on the table but are suddenly of interest to our federal government, and that means we have to know how to talk about them in a whole different way,” she says.

“Before, there was so little genuine interest in those solutions that saying ‘100% renewables’ was powerful enough”. Now the government is saying, ‘okay, we get that, but tell us how,’” she notes. “That means “there’s some very quick upskilling that can happen within the climate movement.” Abreu plans to spend the next several weeks consulting with CAN-Rac member organizations to get a sense of their needs and priorities. After that, watch for the network to organize webinars or other training opportunities to support the “upskilling” she sees ahead.

Abreu says she’s passionate about helping to build relationships between as great a diversity as possible of groups and individuals that care about climate change. “Of course, this is about way more than talking to government. It’s is about nurturing the strength we find by connecting with others.”

CAN-Rac has already spent years building a shared climate justice movement alongside health professionals, Indigenous communities, faith communities, and the trade union movement, all at a time when “we had a governing structure in the country that wasn’t super-interested in talking to us,” Abreu says. As the policy agenda broadens, the community will have to follow suit, drawing in new knowledge and perspectives that didn’t seem as essential in more adversarial times.

For example: during her last couple of years at the Ecology Action Centre, Abreu made a point of attending meetings of energy regulators and power utilities. “I don’t necessarily imagine those entities will become members of CAN-Rac,” she says, “but I don’t think many CAN-Rac members have experience speaking with those actors. So often, those relationships can be pitched as fairly adversarial. But if you approach them with a certain level of understanding and curiosity, they can illuminate so much.” With their focus on granular, day-to-day implementation issues inside the electric power sector, “having insight into their day-to-day operations and the questions they’re asking themselves is really critical.”

The same sense of immediate opportunity will play out in CAN-Rac’s presence at COP 22 in Marrakech. With international diplomats and climate activists predicting that this year’s UN climate conference could be the “action COP”, Abreu says the climate movement will “play a really key role, supporting ambition in the Canadian negotiating team in Marrakech, and for CAN-Rac members back home.”

She adds that, “when I hear that Marrakech is the action COP, it’s a really exciting way to phrase it. But it means Marrakech is where we’ll come up against the hairy, scary realities of what the Paris Agreement means for us. It totally revamps the way international climate negotiations happen. But we’re in this space where perhaps the honeymoon period and the excitement will start to wear off, and they’re going to come right up against the complexities of implementation. That’s what we’ll be working on in Marrakech.”