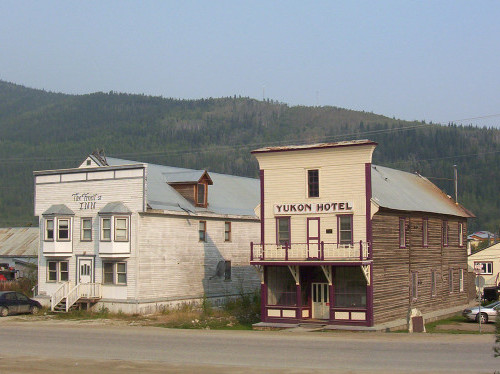 In an ironic twist, Saskatchewan Premier Brad Wall has three allies in his fight against carbon taxes, The Tyee reports: the premiers of the northern Canadian territories affected most rapidly and dramatically by climate change.

It’s not that the premiers of the Northwest Territories, Yukon and Nunavut doubt the reality of the changes that have raised temperatures in the Arctic by twice the global average, and in some place even faster. Rather, it’s that “we already have a very high cost of living,” said Northwest Territories Premier Bob McLeod after meeting his peers in Old Crow, a diesel-dependent, fly-in community in northern Yukon. “Carbon pricing will have a negative effect on the cost of living.”

Environment and Climate Change Minister Catherine McKenna has said the federal government is prepared to impose a national carbon price on provinces or territories that refuse to establish their own.

“We’ve told the Prime Minister and all the premiers that we’ve been able to reduce our greenhouse gas emissions significantly without carbon pricing,” McLeod added.

In effect, argued Nunavut Premier Peter Taptuna, the territories already pay a price on carbon, “since they import heavily from British Columbia, Alberta, Quebec, and Ontario, which already have or will soon have carbon pricing.”

The northern premiers also argue that many remote northern communities lack low-carbon alternatives. “Unfortunately, there’s not a lot of options in the North,” Yukon Premier Darrell Pasloski said. “You can’t just decide to leave your car at home and get on a subway.”