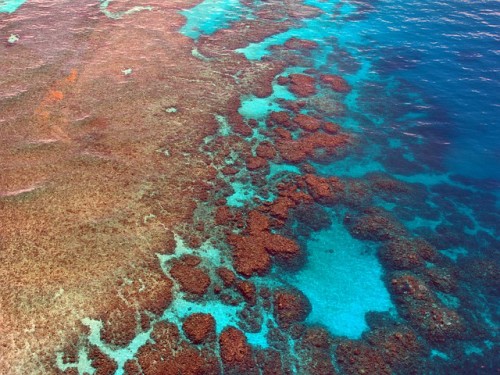 As it was firing scores of leading climate scientists earlier this year, Australia’s government was also insisting that “every reference” to the country be “scrubbed” from a UNESCO report on the impacts of climate change on cultural heritage, The Guardian reports.

Last year, Australia successfully lobbied UNESCO not to include the Great Barrier Reef on its list of endangered World Heritage sites. Its latest intervention excised a chapter on the reef’s endangered coral, as well as references to Kakadu National Park and the Tasmanian forests, from a report published last week by UNESCO, the United Nations Environment Program (UNEP), and the Union of Concerned Scientists.

“No sections about any other country were removed from the report,” The Guardian notes. “The removals left Australia as the only inhabited continent on the planet with no mentions.” Unusually warm water this year has bleached 93% of the 2,300-km Great Barrier Reef network, killing as many as half the corals in its most pristine northern stretches.

The omission from the report was “frankly astounding,” said Will Steffen, emeritus professor at the Australian National University and head of Australia’s Climate Council. “Perhaps in the old Soviet Union, you would see this sort of thing happening, where governments would quash information because they didn’t like it. But not in western democracies.”

The Guardian also published what it said was a leaked draft of the excised material, available here.