Marrakech Climate Meeting Could Be the ‘Action COP’ 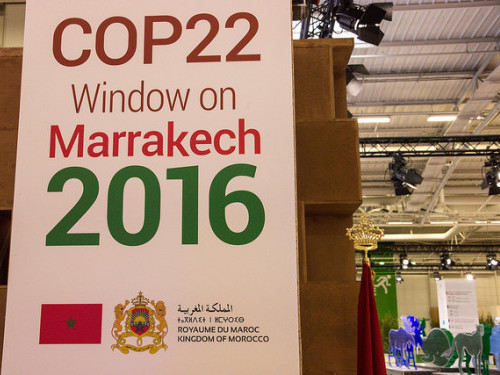 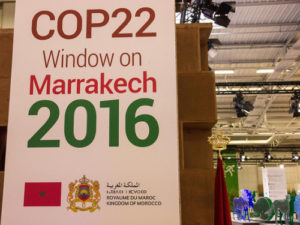 As 12 days of meetings tied up yesterday in Bonn, Germany, national negotiators and climate hawks were beginning to look to COP22, the international climate conference taking place November 7-18 in Marrakech, Morocco, as the event that will finally earn the title of the Action COP.

“It’s on everybody’s lips and on everybody’s mind: COP22 is going to be the Action COP,” reports ECO, the daily newsletter produced by Climate Action Network International volunteers during UN climate meetings.

But to make that happen, “the Moroccan presidency will need to do their utmost to start closing the ambition gap with concrete action on mitigation, adaptation, and support.” To get that done, ECO urges national delegations to “join the incoming presidency in its efforts to build on the spirit of Paris.”

In the same edition of ECO, CAN focuses on the “facilitative dialogue” in 2018 that will expand on the initial carbon reduction commitments that countries brought to Paris. “A key outcome from Paris was Parties’ acknowledgement that current ambition levels are inadequate. The 2018 facilitative dialogue, mandated from COP21, presents a clear opportunity for countries to ramp up means of implementation, increase ambition within their proposed [Intended Nationally Determined Contributions], and enhance the commitments already undertaken by Parties,” all in the interest of limiting average global warming to 1.5°C over the longer term.

But ECO expresses concern that “delegates are being lulled into a false bonhomie,” following intensive negotiations in Bonn and the earlier moment in New York, when 177 countries signed on to the Paris Agreement April 22. “Much still needs to be done to ensure the Paris Agreement’s timely entry into force and to complete work on the various mechanisms, [Nationally Determined Contribution] guidelines, accounting rules, enhanced transparency framework, and other key aspects of the Agreement,” ECO warns. “These issues should be given the careful consideration they need to get it right.”

News outlets covering deliberations in Bonn picked up some of the complexities behind that statement, with Xinhua predicting “very tough” negotiations over the rules for implementing the Paris deal. “The outcome in Paris reflected consensus reached by parties on principle issues, but some contents of the agreement need clarification,” China’s chief climate negotiator Su Wei told the news agency. “These are knotty issues,” with lots of potential for disagreement as negotiators get down to finer details.

While China still hailed the Paris Agreement as an historic milestone in global governance, Reuters reports that Russia is setting itself at odds with the push for early ratification led by China and the United States. “The core issue to create the landscape conducive to joining is the development of the book of rules,” said chief negotiator Oleg Shamanov, noting that it took nearly five years for the 1997 Kyoto Protocol to enter into force.

While there is still a good deal of optimism that the Paris Agreement will take effect next year, it has only been ratified so far by 17 countries representing 0.05% of global emissions—a far cry from the minimum 55 countries representing 55% of emissions required to give life to the accord. “Several key countries are yet to signal when their own domestic ratification processes might deliver,” ECO notes, and “we cannot wait. Countries must ratify the Agreement as soon as possible, and then work diligently to ensure that the objectives are met, by rapidly ramping up their ambition in line with limiting global temperature rise to 1.5°C.”

Reuters cites a Natural Resources Defense Council estimate that countries representing 50.5% of global emissions are poised to ratify the agreement this year. While Russia is the world’s third-largest emitter, after China and the U.S., its 7.5% of global emissions will not be crucial to successful ratification.