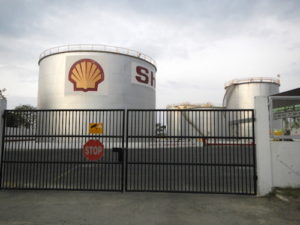 Royal Dutch Shell would risk its investor dividends, and could jeopardize its very existence, if it attempted too quick a transition to renewable energy, CEO Ben van Beurden said earlier this week.

“We cannot do it overnight because it could mean the end of the company,” van Beurden told a shareholders’ meeting. “It will take an unprecedented amount of effort to bring about a net zero emissions future,” he added, claiming that even a 2°C limit on average global warming would still require $1 trillion per year in oil and gas investment.

Shell, Europe’s largest oil company, has taken criticism for failing to mitigate climate risk in its business strategy. But 97% of shareholders at its AGM “rejected a resolution to invest profits from fossil fuels to become a renewable energy company,” Reuters reports, after management opposed the measure. The news agency cites an internal memo in which Shell envisions a new unit to invest in wind, solar, biofuels, and hydrogen.