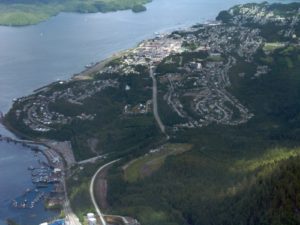 As Canada’s pipeline debate pits region against region and presents Prime Minister Justin Trudeau with some of his hardest choices, the real winners won’t be Canadians, one analyst says. They’ll be Chinese.

In an analysis published on DeSmog Canada, ex-journalist Kai Nagata of British Columbia-based Dogwood Initiative asks the first question of all investigative reporting: Who benefits from pipelines that deliver more diluted bitumen to world markets?

“What happens when you pump more product into an oversupplied market?” Nagata asks rhetorically. “Answer: the price goes down.

Nagata observes that pipelines may reduce the cost of delivering bitumen from Canada’s tar sands/oil sands, but not the cost of producing it—still high compared to most other crude sources. Nor do pipelines change diluted bitumen’s physical characteristics as a low-grade feedstock that relatively few refineries are equipped to process, and for which none will pay the oft-quoted “benchmark” world price that applies to more easily processed crudes like West Texas Light.

Moreover, he argues, if all three pipelines currently holding or hoping for federal approvals were to be built, they would add some two million barrels per day of supply to a global market where an equivalent oversupply triggered the sharpest price downturn in a generation in the summer of 2014.

So “imagine for a minute the oil companies get their way and sell a whole bunch of crude in Asia at rock-bottom prices,” Nagata writes.

“Subtract the corporate welfare our governments give to oil companies, the billions in damage caused by climate change, and the public cost of oil spills. Who benefits?”

British Columbia, through which two of the three pipelines would pass, would get nothing but the environmental risk, he suggests. Ottawa might break even on tax revenue while Alberta, he jabs, “has given itself no other choice” but over-reliance on oil royalties by rejecting a sales tax.

The winners, he concludes, will be state-owned refineries in China that now rely largely on infamous transit chokepoints at the Straits of Hormuz and Malacca for imports to slake an 11-million-barrel-a-day thirst for crude.

Canadian supplies, Nagata says, “could help ease China’s reliance on those contested shipping lanes, but it appears increasingly doubtful prices will climb again to the levels that had oil producers rubbing their hands at the prospect of West Coast exports.”

Whatever security premium might attach to low-grade Canadian dilbit, Nagata predicts, it won’t go far in a price contest against the high-quality natural crude that Saudi Arabia has said it intends to continue to pump at close to capacity.

“The Saudi regime slaughters its own citizens and harbours religious extremists. It is, by all metrics, repressive, brutal, and corrupt,” he writes. “But when it comes to the realpolitik of oil markets, the Saudis have an advantage. They can pump it out of the ground cheaper than anyone else.”

So “let’s get real,” Nagata concludes. “These pipelines are not nation-building projects. They are catheters designed to drain a giant pool of carbon as cheaply as possible, so oilsands companies can keep the lights on for a few more years.

“The irony is that flooding the market with cheap crude would make it less likely for prices to recover.”