What If They Invented The Self-Driving Car…And No One Wanted to Buy? 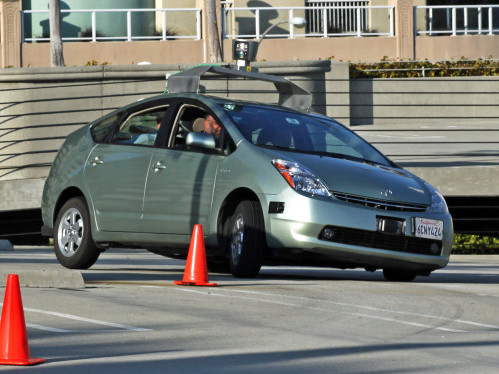 Enterprises from General Motors to Google to China’s Great Wall Motors are racing to be the first to release the self-driving automobile. The only thing not driving the rush: actual owners.

While engineers and traffic visionaries are enamoured of the potential of vehicles driven at optimum speed and road density by autonomous computers free of human error, car buyers aren’t so sure. “The most frequent preference for vehicle automation continues to be for no self-driving capability,” according to the authors of a University of Michigan study.

Researcher and developer enthusiasm for the autonomous vehicles has prompted some to fear they’ll be so popular they will choke roads and push up exhaust emissions. “The very attractiveness of self-driving technology could reduce or even outweigh the efficiency gains,” speculated researchers at the University of Leeds, the University of Washington, and Oak Ridge National Laboratory. They worried that the aggregate emissions from so many self-driving cars could outweigh the benefits of optimally efficient driving styles, lighter vehicles due to the reduced risk of a crash, and less buyer concern about engine performance.

They may be able to relax a little.

In a survey, the U. Michigan researchers found 46% of potential car buyers wanted no self-driving capability at all, with only 15% interested in the feature. Nearly 95% wanted a familiar steering wheel, gas and brake pedals.

The findings reinforce an earlier survey by the American Automobile Association which found that three-quarters of those asked were “afraid” to ride in a self-driving car.