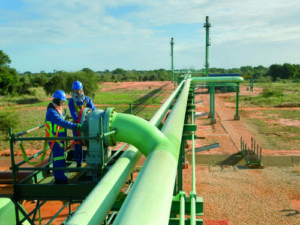 The Toronto Globe and Mail’s editorial board precluded the pending judgments of two federal reviews in a startlingly shallow editorial on the weekend in which it declared: “It’s time to get the TransMountain pipeline approved.”

“With all the shocks to Canada’s oil and gas industry, this country needs to export some of its energy from Alberta and Saskatchewan to tidewater and beyond,” the paper asserted, overlooking a substantial body of critique of that economic premise.

The paper’s editorial came less than 48 hours after the National Energy Board issued a conditional approval for Houston-based Kinder Morgan’s proposal to “twin” and triple the capacity of a 63-year-old pipeline running from Alberta to British Columbia. The decision concluded a three-year process that was widely criticized for being selective, exclusive of the public, and captive to industry interests.

The Globe’s prompt endorsement of the controversial decision made no mention of Environment Canada’s pending assessment of the project’s impacts on nature, dismissing these as “not greatly disruptive, at least on land.” It also assumed that a three-person panel of inquiry announced last week to review the NEB’s decision would not be “dogmatic” about “the consequences for Vancouver harbour, where much more oil will be shipped if the project goes ahead, and where a major collision could do grave damage.”

The editorial failed to acknowledge another significant gap in the NEB’s review which the new panel was explicitly tasked to address: the impact that Trans Mountain’s larger capacity would have on upstream greenhouse emissions by expanding markets for tar sand/oil sands bitumen. And it was silent on the growing demands for more meaningful consultation with First Nations along the pipeline route.