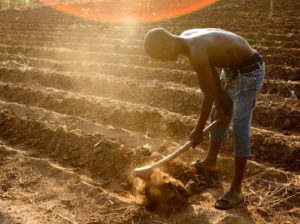 China, India, and Africa will see the harshest economic impacts if food prices double as a result of climate change and a list of other environmental stresses.

That’s the conclusion of a report on Environmental Risk Integration in Sovereign Credit Analysis (ERISC), released last week by the Global Footprint Network and the UN Environment Programme’s Finance Initiative.

“As the global population continues to rise, food prices can be a bellwether for how environmental risk translates to economic risk and vulnerability,” said UNEP Executive Director Achim Steiner. “As environmental pressures mount, it is important to anticipate the economic impact of these stresses so that countries and investors can work on mitigating and minimizing risk.”

“Now more than ever, in this era of climate change, identifying all relevant environmental risks is crucial to investing not only in equities but also sovereign bonds,” said GFN co-founder Susan Burns. “Disruptions to our food system represent one substantial environmental risk that both investors and governments may be largely overlooking, but would be well-served to integrate into their risk analysis.”

At US$161 billion, China would see by far the greatest GDP loss if food prices doubled, followed by India at $49 billion. But Egypt, Morocco, and the Philippines would suffer most from the combined effect on GDP, inflation, and impacts on their current accounts balance, the report concludes. Seventeen of the 20 countries at greatest risk are in Africa.

“Paraguay, Uruguay, Brazil, Australia, Canada, and the U.S. would benefit the most from a sharp increase in food commodity prices,” the organizations state in a release. But “globally, negative effects of a food price shock massively outweigh positive effects in absolute terms”—compared to China’s $161 billion net loss, the U.S. would only stand to gain $3 billion.

“Food prices are one of the most important channels by which environmental risks affect national economies,” the reports notes, and “climate change is a significant threat to future food production. While food production may benefit in some regions from mild rises in temperature, negative effects prevail overall, especially as average global temperatures are expected to rise further, driving changes in precipitation patterns and an increase in extreme weather events. In the short term, extreme weather events may pose the greatest risk to food production.”

Climate change is also expected to aggravate year-to-year variability of crop yields, increase the incidence of food disease and pests, and reduce agricultural yields 1% per decade, against growing demand at 14% per decade.