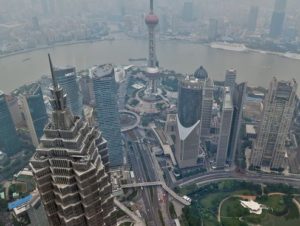 Offsetting fossil fuels by doubling global use of renewable energy could save up to four million lives and US$4.2 trillion by 2030, according to a report last week by the International Renewable Energy Agency.

“When all the related costs and benefits are considered, renewables become an even more attractive option,” said Dolf Gielen, director of IRENA’s Innovation and Technology Centre. “In order to understand the true cost of energy, and make policy decisions accordingly, the external costs associated with fossil fuel use must be incorporated into energy prices.”

Gielen added that energy subsidies are largely driving fossil fuel consumption and its downstream impacts. “Today, four dollars are spent to subsidize the consumption of fossil fuels for every one dollar spent to subsidize renewable energy,” he said. “With oil, gas, and coal prices currently at historic lows, it is now easier than ever for governments to correct this problem.”

IRENA’s release focused on the “externalities” that result from fossil fuel use, in the form of air pollution and climate impacts. “The brief highlights several specific external costs that stem from fossil fuel use which would be reduced by increasing renewable energy, including pollution and environmental degradation, indoor and outdoor air pollution, and extreme weather events,” CleanTechnica reports.

“With regards to harmful emissions, the report finds that doubling the share of renewable energy by 2030 could reduce harmful emissions from pollutants such as ammonia, particulate matter, volatile organic compounds, and sulphur dioxide by 82%, 33%, 27%, and 12% respectively.” The greatest benefits would show up in China, India, Indonesia, and the United States, the world’s biggest coal users, and in African countries that largely rely on coal- or wood-burning for heat.