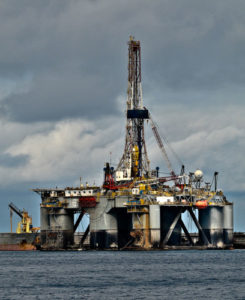 U.S. mobile phone provider CREDO is urging its customers and supporters to sign a petition against the Obama Administration’s plan to open Arctic waters and new sections of the Gulf of Mexico to offshore oil drilling.

“During the Paris Climate conference, President Obama committed to trying to limit warming to 1.5°C,” CREDO writes. “To achieve it requires that more than 80% of all known fossil fuel reserves must say in the ground. That means no new offshore drilling. Period.”

Recent research by climate pioneer James Hansen and 18 co-authors indicates that sea level rise and extreme weather due to climate change “could unfold much, much faster than previously thought, with dire consequences,” the petition page notes. That means “there’s simply no room left for half measures—but it’s not too late to get President Obama to draw a line. The Department of Interior is now taking public comments on the drilling plan. We need to send a message now.”

More than 85,000 people had signed the CREDO petition as of Sunday evening, May 22.