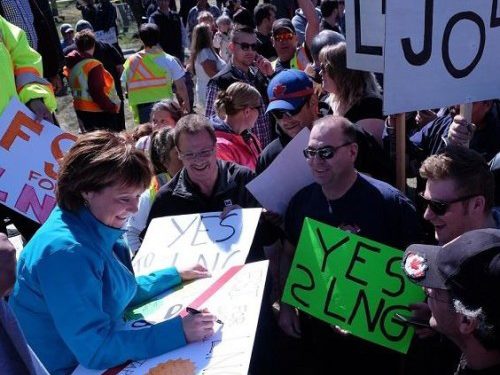 It’s time for the British Columbia government of Premier Christy Clark to deliver on its promise to introduce a visionary new climate action plan, seven members of the province’s Climate Leadership Team state in an open letter released this week.

After Clark asked the Leadership Team for strategies “that would enable the province to meet its 2020 and 2050 climate targets, maintain a strong economy, and provide support to British Columbians most in need,” the group went through a tough, six-month process before delivering 32 recommendations last November. The province was to release its draft plan in December and a final version in March, after receiving the Leadership Team’s report.

The draft was subsequently cancelled, and the release of the final was postponed to June.

“B.C. is in no position to delay or scale back its efforts. The rest of Canada and the rest of the world have been taking action since B.C.’s initial climate plan in 2008, and B.C.’s increasing carbon pollution is taking us in the wrong direction,” the Leadership Team members warn.

“The Climate Leadership Team recommendations, implemented in their entirety, provide the blueprint for a B.C. climate plan to put the province back on track for the 2050 and interim 2030 targets. Anything less is not climate leadership.”