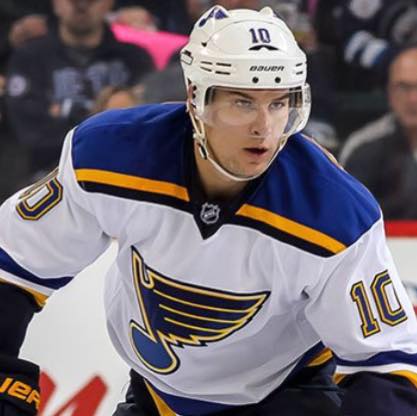 For a couple of us at The Energy Mix, our friend and former colleague Adam Hardiman was the face and voice of the Fort McMurray wildfire crisis, even more than Alberta Premier Rachel Notley or regional fire chief Darby Allen. Adam wasn’t on the nightly news. But while 88,000 people were evacuating Fort Mac, he was one of a team of Regional Municipality of Wood Buffalo employees who headed back to town to staff the Regional Emergency Operations Centre at Fire Hall 5.

Adam worked as a sports reporter before he joined our staff for about a year, so it was no surprise to see him post this article by NHL forward and Fort McMurray resident Scottie Upshall. He gets more than our usual “hat-tip” for pointing us to the story, because he’s been doing so much more than the usual over the last couple of weeks.

In a post this week on The Players’ Tribune, St. Louis Blues forward and Fort McMurray resident Scottie Upshall recalls how hard it was to play playoff hockey when he knew his town was being engulfed by a wildfire—and his mother and three nieces were in the middle of the evacuation.

“This was right before Game 3 of our playoff series against Dallas,” he writes. “The series was tied 1–1. It was moments before one of the biggest games of my career, but all I could think about was the smoke and the fire.”

Until a few hours before the game, Upshall and his brother Brendan, who had flown in for the game, knew only that there’d been “a little forest fire on the edge of town.” Then he saw a tweet from a TV sports anchor who’d previous been a play-by-play announcer for the Fort Mac junior team. “You just know @ScottieUpshall will be playing tonight’s game for everyone in his hometown. Stay strong Fort McMurray,” it said.

“Then I started scrolling through Twitter and I saw photos of Fort McMurray,” Upshall recalls. “The big pine trees were on fire. The same pine trees we used to ride our mountain bikes through to go play street hockey every day in the summer. Not just a little fire—but like something out of a movie about the end of the world.”

Upshall’s post recalls his frantic efforts to reach his family and find friends who could help them escape, while they tried to keep him focused on playoff hockey. After the game (which St. Louis won 6-1), he heard the whole story.

“They told me that my mom and the girls were safe, but that when the local authorities had finally opened up the roads and started the evacuation, it was complete chaos. People were driving over sidewalks in a panic,” he writes. “As they were driving out of town with the girls, they could see a 100-foot wall of fire on one side of the highway. There was ash raining down on all the cars. It took them five hours to drive 10 miles.”

Upshall makes his case for rebuilding Fort McMurray, describing a hometown that

is more than a boomtown or an oil town—long before the boom, it was the community that gave him the support that built his career.

“Fort McMurray needs generosity and assistance. But I want people reading this to know that there’s more to my hometown than pictures of devastation and news headlines,” he writes. “It is not just a boomtown, where people come to make a little money before moving on. It’s a real community with hardworking people that is worth building back up. Yes, 15% of our town has been damaged, but 85% still remains.”