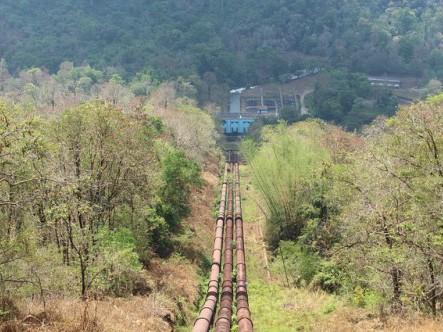 With Canada’s embattled National Energy Board poised to release its judgment this week on Kinder Morgan’s proposed doubling of its Trans Mountain crude oil pipeline, the federal government has named a three-member panel to conduct a promised review of the NEB’s work.

The panel will have six months to review the NEB’s decision—whatever it may be—to more fully “consider the views of communities along the route, to ‘meaningfully consult’ Indigenous peoples, and to assess not just the direct emissions from the pipeline, but the so-called upstream pollution from the oil fields,” the Globe and Mail reported. The panel will deliver its findings to Natural Resources Minister Jim Carr in November, before the federal cabinet takes up its final decision on the project.

Kinder Morgan is hoping to twin an existing, 63-year-old pipeline from Edmonton to Burnaby, outside Vancouver, and pump 900,000 barrels per day of crude through the combined lines by 2018. The NEB’s three-year review of the plan has been widely criticized for excluding the public and taking a very narrow view of the project’s environmental impacts.

The generally pro-fossil British Columbia government is among those formally opposed to the line’s expansion. And last weekend some 800 activists surrounded Kinder Morgan’s Burnaby terminal on foot and by kayak to “send a strong message that civil disobedience is a tool that communities can use against the fossil fuel regime,” rabble.ca reports.

“The whole emphasis is to send a really clear message to Prime Minister Trudeau that we’ve got the vision of the economy that we want to see, and it doesn’t include hard-wiring our economies into dirty fossil fuels,” said organizer Clayton Thomas-Muller. “This is the moment where he can either be a climate leader or maintain the trajectory that Harper has put this country on.”