Can The World’s #1 ‘Dirty’ Renewable Clean Up Its Act? 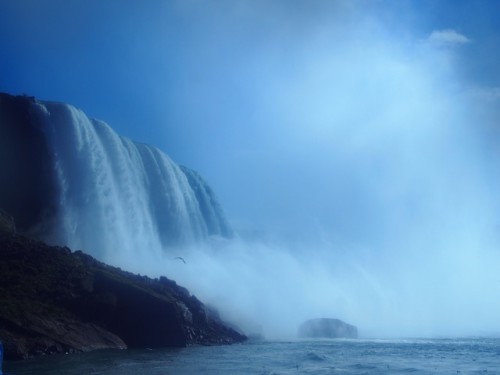 Hydro power from big dams provides nearly two-thirds of Canada’s electricity and one-sixth of the world’s. It also gins up methane emissions, floods landscapes, and forces vulnerable communities to relocate. But a new generation of advocates says the world’s most successful form of renewable energy can lose its reputation for heavy environmental and social damage.

“Although many nations tout ‘clean’ hydropower as a significant part of their response to climate change,” the Christian Science Monitor reports, “critics say they aren’t taking into account the large quantities of methane, a potent greenhouse gas, released by plant life submerged by dams.”

But a number of groups say there are ways to reduce hydro’s heavy footprint.

“There will be things that will be lost,” concedes Jeff Opperman, lead scientist at the U.S. Nature Conservancy’s Great Rivers Program. “A big dam on the river is going to have impacts, it’s going to change the flow and fragment the river. But if they’re well designed and part of an intelligent system, we can hope to do a much better job.”

Adaptive measures such as more fish-friendly turbines, more ecologically sensitive operating schedules, and adding turbines to existing dams instead of building new ones, can all reduce hydro’s impact.

But producers must be willing to accept some compromises in peak generating capacity, notes Michael Sale, executive director of the Low Impact Hydropower Institute (LIHI). “Almost every hydropower project can be compatible with the environment,” Mr. Sale says. “They may have to give up some energy when doing that, but hydropower delivers a lot of benefits when it’s done right.”

Still, Sale’s organization considers only 130 of the estimated 2,000 producing hydroelectric dams in the United States sustainable. Meanwhile, the Monitor notes, some 3,700 new large dams are being planned or built worldwide.