No Result
View All Result
FEATURED
BREAKING: 40% of Fossil Fuels Now Under Development Must Stay in the Ground May 17, 2022
Rocky Mountain Glaciers ‘Past Tipping Point’, with Some Expected to Vanish by 2030 May 17, 2022
UK Activists Block Russian Oil Tanker From Docking in Essex May 17, 2022
EXCLUSIVE: Bid to Revive Doomed Nova Scotia LNG Project Collides with Germany’s Net-Zero Plans May 16, 2022
3,800 Residents Ordered to Evacuate after Flooding in Hay River, NWT May 16, 2022
Next
Prev
Home Climate & Society

What We Need To Know About Wave and Tidal Energy Impacts 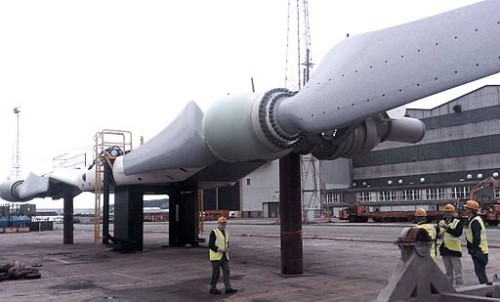 A state of the science review highlights key unknowns about the environmental impacts of harnessing an estimated annual global potential of 9.1 petawatt-hours of electricity from ocean currents, tides, and waves.

The enormous scale of the power potentially recoverable from the kinetic action of dense ocean water—equivalent to 40% of the global economy’s current total generation—has tantalized innovators in several countries and prompted a range of environmental concerns over the potential impact of scaling up their ideas. In Canada, British Columbia and Nova Scotia agreed last year to explore opportunities on both coasts.

Now an authoritative review of the available science conducted by the U.S. Pacific Northwest National Laboratory puts some bounds on those concerns—but leaves others unanswered.

Some impacts from tidal installations—such as anchoring systems and electrical leakage—pose little unforeseen risk, the 250-page report concludes. But the review cites other areas uncertainty generated by an absence of research and the site-specific nature of interactions between energy-recovery installations and their settings. Some obvious potential risks—such as fish and marine mammals being injured by collision with underwater turbines—have yet to be confirmed by actual observation, the report’s executive summary notes. Others, such as noise pollution in acoustically sensitive environments, have gone largely unconsidered.

While urging more research to reduce the environmental uncertainties around marine renewable energy recovery, the report says development of the technology as an alternative to fossil fuel burning has “the potential to combat climate change [whose] deleterious effects are already affecting many marine and coastal resources.”