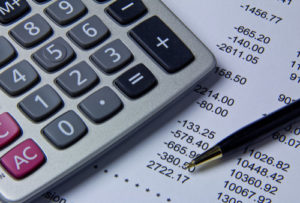 The right approach to a carbon tax can take advantage of compound interest to drive the transition to a 100% renewable energy economy, a citizen energy think tank in New Brunswick told the provincial Energy Utilities Board (NBEUB) at a hearing in Saint John last week.

Chris Rouse, founder of New Clear Free Solutions, began working on his Carbon Tax and Investment Plan (CTIP) in 2015, after participating in the NBEUB’s annual rate hearings as an intervenor. “It didn’t take us long to figure out that the key to a successful plan was harnessing the power of compound interest,” he said in a release. “The CTIP taxes carbon and then invests that tax into renewable energy. The revenue generated from the renewables is then continually reinvested to exponentially transition to 100% renewable.”

He said the plan would leave the provincial utility, NB Power, debt-free, generate billions in new revenue, and create thousands of jobs across the province.

Rouse’s presentation to the NBEUB included a quote attributed to Albert Einstein: “Compound interest is the Eighth Wonder of the World,” he said. “He who understands it, earns it. He who doesn’t, pays it.”

“The concept of reinvesting in environmentally-friendlier energy production and energy efficiency to create a compound interest effect is founded economic theory,” University of New Brunswick economist Rob Moir told Rouse. He said the approach “should be considered by all provinces and not only New Brunswick.”