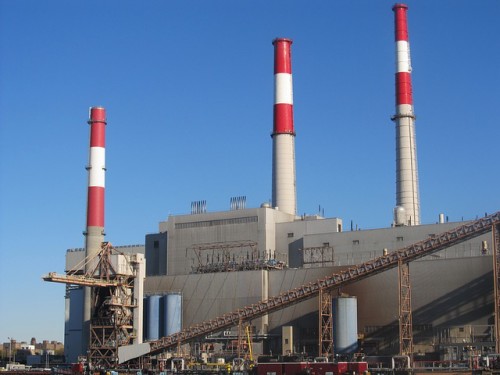 Carbon dioxide emissions from energy production in the United States dropped in 2015 for the first time in three years, according to the U.S. Energy Information Administration.

The sector’s emissions remained above their low point for the century, hit in 2012, but declined from 5.4 gigatons of CO2 in 2014 to 5.2 GT in 2015, after rising over the two previous years, The Guardian reports. The retirement of coal plants and the adoption of natural gas for power production were leading factors in the change.

The decline brought energy sector emissions for 2015 12% below their 2005, even as the U.S. economy grew 15% over the same period. Energy represents about a third of all U.S. emissions, with transportation, industry, and agriculture contributing most of the rest.

The U.S. government has set a goal of cutting emissions from energy production by 26 to 28% from 2005 levels by 2025. The latest reduction gets it more than 40% of the way to the higher threshold.