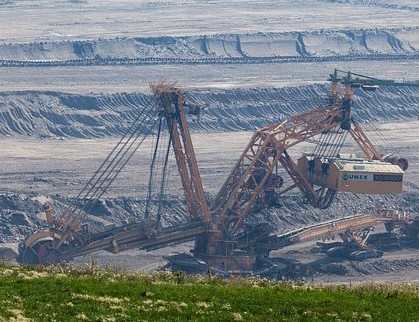 At least 20 fossil fuel mines, pipelines, plants, rail lines, and export terminals have been cancelled or delayed in the United States in the six months since President Barack Obama refused a presidential permit for the controversial Keystone XL pipeline, according to analysis by InsideClimate News.

“Sustained grassroots resistance and public opposition have played a role in at least some of these decisions,” ICN reports. “Other influential factors include unfavorable economic conditions such as low oil prices, as well as governments’ environmental concerns and project siting issues.”

Since the Keystone rejection, the U.S. has seen two project applications turned down by the Federal Energy Regulatory Commission, five more by federal, state, or local officials. Five other projects were cancelled by the companies that had proposed them.

Tom Sanzillo, director of finance for the Institute for Energy Economics and Financial Analysis (IEEFA), told ICN’s Zahra Hirji the chain of events behind failed coal projects is simple: coal companies are going bankrupt, and investors are walking away. For oil and gas pipelines, the situation is more complicated, but “there should be a concern that the utilities are building too many pipelines,” he said. Regulators “should be concerned about how consumers pay for it.”

While fossil companies blame market forces when a project folds, ICN points to Kinder Morgan’s decision last month to suspend work on its Palmetto pipeline in Georgia in the face of local concerns about property rights. And Jane Kleeb of Bold Nebraska told Hirji that Palmetto was not the only project where local opposition had an impact.

“Everything they say is about demoralizing what we do at the local level and not giving any credit” to local opposition, she said. “In reality, I think it has a lot to do with the people power on the ground.”

ICN points to multiple natural gas pipelines that have been approved in the last six months, including two in New Jersey and one in Pennsylvania. Regulators in the U.S. and Canada also approved Enbridge’s plan to expand its Alberta Clipper pipeline from Hardisty, Alberta to Superior, Wisconsin.