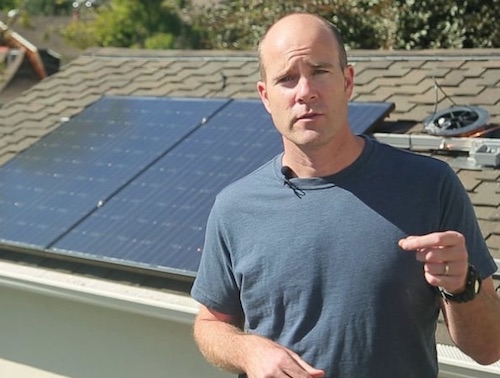 If fossil fuel magnate and noted climate denial funder Charles Koch has really come to accept the science of climate change, U.S. Sierra Club Executive Director Michael Brune is all set to help him decide what to do about it.

That’s the gist of Brune’s open letter to Koch, published this week on EcoWatch.

The story began at a recent Wall Street Journal forum when Sheryl Corrigan, director of environment, health and safety at Koch Industries, surprised environmentalists with what appeared to be a shift in the company’s long-standing position on climate.

Brune responded with open arms. “I wanted to write to welcome you into the not-very-exclusive club that includes the strong majority of Americans, 99+ percent of scientists, nearly all Democratic candidates, and a growing number of conservative Republicans, who all believe the same thing,” he wrote. “We’re happy to have you!”

And he had a few ideas on how Koch could contribute to climate awareness and action.

“First, make sure that everyone knows where you stand on this important issue,” he wrote. “Your voice is an important one, and I hope you’ll speak up if your opinion has truly changed.”

After that, Koch could recognize the global transition “away from an energy system powered by expensive and unsustainable fossil fuels and toward one powered fully by abundant, increasingly inexpensive, clean, renewable energy”—despite Koch’s funding for “organizations like Americans for Prosperity that have targeted clean energy investments while fighting to preserve tax credits for big oil.”

Finally, Brune advised Koch to turn off the funding tap that has directed hundreds of millions of dollars to climate-denying organizations and candidates. “Put your money where reality is,” he urged. “If you want to advance prosperity in a climate-safe world, then please get out of the way and stop funding candidates, lobbying efforts,  and organizations that deny climate change is happening or that aim to undermine efforts to address the climate crisis.”