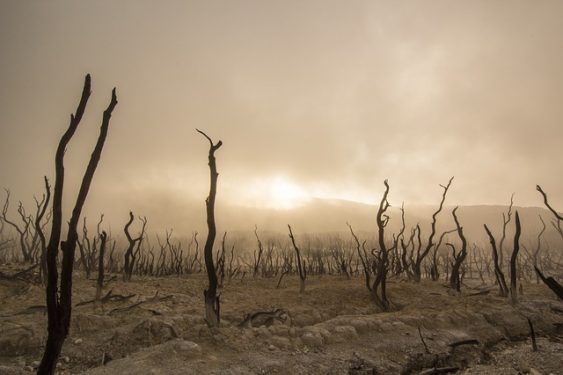 Severe water shortages by 2050 could reduce economic growth in some regions of the world by up to 6% of GDP, “sending them into sustained negative growth,” according to a World Bank report released earlier this week.

“Growing populations, rising incomes, and expanding cities will converge upon a world where the demand for water rises exponentially, while supply becomes more erratic and uncertain,” the report states.

“When we look at any of the major impacts of climate change, they one way or another come through water,” lead author Richard Damania told reporters Tuesday. “So it will be no exaggeration to claim that climate change is really in fact about hydrological change.”

The World Bank says 1.6 billion people live in countries that are already experiencing water scarcity, and other researchers using different methodologies put the figure as high as four billion. “Using its own definition, the World Bank fears the number of people living with potential water threats will double over the next two decades,” the Post reports—and the impacts will be unevenly distributed, with North America and Europe seeing relatively few impacts.

The report points to multiple connections between climate change and water supplies, with increased evaporation and changes in precipitation leading to more intense downpours punctuated by drought.

“The threat from all this is not just to what people drink but what they eat,” writes the Post’s Chris Mooney, since “the human activity that consumes the most water is agriculture.” Meanwhile, sea level rise “can push into coastal aquifers,” making climate change a threat to groundwater as well as surface supplies.