Climate Hawk Mourns for Fort Mac…and Many Others 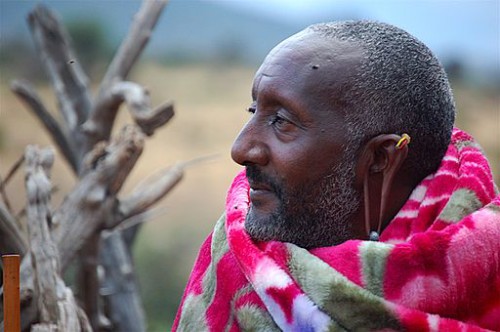 In a remarkable analysis distributed by email Thursday, Dale Marshall, National Program Manager at Environmental Defence, connects the tragedy unfolding in Fort McMurray with climate disasters and dislocations around the world.

I mourn for Fort Mac.

The stories and the images coming out of northern Alberta are devastating and scary. I can’t imagine what the people of Fort McMurray and the surrounding areas are going through, and everything they will continue to go through as they try to recover and rebuild homes, businesses, and communities they loved. I mourn for them.

Over the last couple of days, there are many others I have been thinking about, people that I had the honour and privilege of visiting, and the good fortune to be able to head back to my safe and secure home in Canada.

I remember the Maasai people, living in southern Kenya in the shadow of Mount Kilimanjaro. They have lived a semi-nomadic life for centuries, moving season by season to find places for their cattle to graze and drink. When I visited them, despite all the collective, cultural knowledge held in their communities, their cattle were dying because they could not find enough food and water for them. No elder I spoke with had seen the land so altered as by the ongoing drought. The Kenyan government, in desperation, sent mechanical diggers throughout the region to dig down until they hit groundwater. Some of these pits, where water used to be available at the surface, were 20 or 30 feet deep. I mourn for them.

I remember the Burmese people living in the Irrawaddy Delta, recounting how their lives had been ravaged by Cyclone Nargis. Almost 140,000 people in the region died. A people for whom water and fish were their lifeblood now feared what gave them life. So devastating was that superstorm, so difficult the recovery, and so tenuous and vulnerable their lives since then that, six years after, past events were now categorized as before-Nargis and after-Nargis. I mourn for them.

I remember the people from southwest Bangladesh, facing a slow-moving disaster—the rising seas slowly penetrating what sustains them. Well water increasingly brackish, crops less and less able to grow in the saline soil, delta ecosystems gradually tilting out of balance, unable to produce the seafood yields of the past. In a country less than half the size of Labrador and with a population of 150 million, there is no “away.” They stay put, their lives slowly drowning in salty water. I mourn for them.

I remember most the people of Cambodia, who live in a country susceptible to more intense floods during the wet season and more extreme droughts during the dry season; cruelly facing too much water and then, six months later, not enough. They work to hang on to a life that had very little prosperity to begin with. I mourn for them.

The people of Kenya, Myanmar, Bangladesh, and Cambodia are amazing, the resilience in their eyes a stark disconnect to the fragility of their lives. Each can describe in intimate detail how the weather is changing and how their lives are impacted. Those I spoke to didn’t understand why it was happening, but they knew they had nothing to do with it and there was nothing they could do to stop it.

Nobody deserves to have their lives upended by climate disasters. Nobody. And most certainly not those working to keep a roof over their head and food on the table. But the world is slowly, steadily careening out of control. Tragically, the average Canadian contributes more to climate change than just about anybody else in the world, and Fort McMurray is the epicentre of one of our most unsustainable industries. I hope that this is—finally—the time where we heed the unmistakable warning signs that the path we are on is devastating people and communities and species and ecosystems. As Albertans muster the courage to rebuild, and all Canadians do what we can to help, let’s realize that a different, better path is right there to be taken.