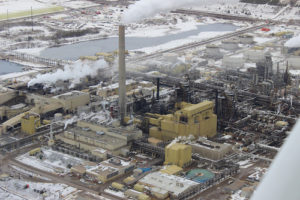 It’s time for Canada’s federal government to tie down the details behind its new climate test in a way that ends the “decades-long disconnect between Canada’s economic policies and environmental commitments,” University of British Columbia political scientist Kathryn Harrison writes this week in a Vancouver Sun op ed.

The climate test “is a critically important undertaking,” Harrison states, since “production of fossil fuels accounts for most of Canada’s emissions growth since 1990.” But the draft test that Ottawa released for comment in March falls short in three key respects.

First, the draft factors in “upstream” but not “downstream” greenhouse gas emissions associated with oil production, even though 80% of the carbon in a barrel of bitumen is emitted downstream. The reasoning for a more complete assessment is economic as well as environmental, Harrison writes: “When the countries to which we export seek to reduce their own emissions, demand will fall and our high-cost oil is likely to be the first to go.”

The second issue is the method of calculating the emissions that would still occur if a particular piece of infrastructure were cancelled. Fossil industry projections assume continued growth in tar sands/oil sands production, regardless of whether a specific pipeline like Kinder Morgan’s Trans Mountain expansion is built. “An alternate assumption, that additional pipeline capacity will result in expanded production, yields a radically different conclusion: a carbon footprint of the Trans Mountain pipeline equivalent to adding two million cars to Canada’s roads.”

The federal government has also given no indication of how it will “weigh an emissions increase from any single project against Canada’s national target,” Harrison notes. “In theory, a project yielding annual emissions up to the national target could be approved if Canada shut down every other source of emissions nation-wide. That is, of course, unrealistic, but it illustrates the challenge of establishing a test for individual projects in the context of a national target.”