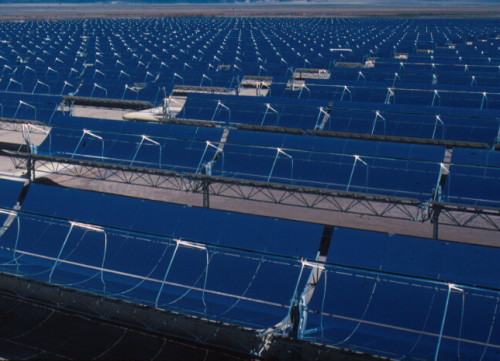 The Dubai Electricity and Water Authority (DEWA) set a world price record May 1 when it received a bid of 3¢ per kilowatt-hour for its 800-MW Sheikh Maktoum Solar Park Phase III.

“In this case, the cost of capital is driving project development costs,” writes Renewable Energy World Chief Editor Jennifer Runyon. The low bidder, a partnership between Abu Dhabi’s Masdar and Spanish developer FRV, “surely has access to the Abu Dhabi government’s wealth and can borrow at rates that commercial banks could not match.” That was enough to bring the consortium’s bid in under the “still incredibly low” offers of 3.69¢/kWh from Jinko Solar, and 3.96¢/kWh from a partnership between First Solar and Acwa Power, that DEWA received.

“The top three bids are unprecedented and show that unsubsidized, the cost of solar power in the Middle East beats fossil fuels,” Runyon notes. Last October, DEWA “awarded the new Hassyan coal power station at a much higher tariff of 5.177¢/kWh,” observes Apricum partner Moritz Borgmann, and “gas-fired power plants in Dubai have an even higher generation cost.”