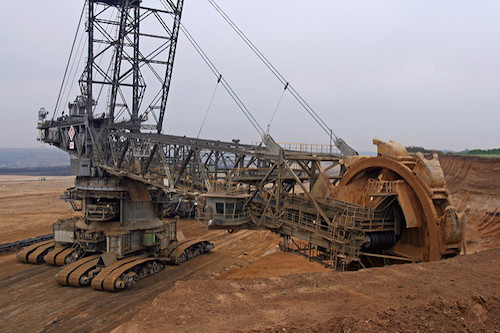 Investors are abandoning the coal industry at an accelerating rate, as global policies shift and financial markets increasingly accept “that stranded asset risk is significantly underestimated—and growing,” Tim Buckley of the Institute for Energy Economics and Financial Analysis (IEEFA) wrote last week in a post for Corporate Knights.

With pressure building for a global price on carbon, Buckley reports, “policy change is inevitable, if unpredictable in when and where it occurs.” He adds that “one likely outcome of this is capital flight, driven by market realization that stranded-asset risks have been dramatically underestimated.”

The trend is already showing up in Germany, where Sweden’s Vattenfall AB recently paid “less discerning” Czech partners €1.7 billion to take five lignite mines and four mine-mouth coal plants off its hands. “A write-down of some US$3 billion is to be recorded in Vattenfall’s June 2016 quarterly results, showing that previous write-downs have been underestimated despite the progressive collapse in the German wholesale electricity price” over the last decade, Buckley writes. “This is evidence that the rise of German Energiewende has delivered massive and ongoing net benefits to the German economy.”

In Australia, meanwhile, the state government in Victoria moved last week to require rehabilitation bonds equivalent to the full cost of cleaning up after its polluting lignite mines, while tripling the royalty rate on power generation from lignite. The government of Premier Daniel Andrews is also considering a boost for the Victorian Energy Efficiency Target, a program that had previously been placed on a back burner.

“As it stands, Victoria operates the third largest lignite (or brown) coal-mining industry in the world,” Buckley writes. So the announcements over the last week “will shake already damaged confidence in the historically dominant Australian fossil fuel industry.”