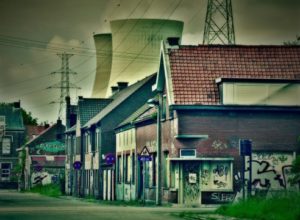 Low interest rates could soon force nuclear operators to get on with the job of decommissioning nearly 150 out-of-use reactors that could cost up to US$1 billion each for dismantling and safe disposal.

“The plants have been shut down, either because they’re too expensive to run or because of concerns about their safety or age,” Bloomberg reports. “They can’t send electricity to the grid, and they’ll need the special funds saved over decades for formal decommissioning and clean-up of radioactive waste.”

The problem is that those funds are actually losing value due to low investment returns, rather than appreciating with the passage of time. “In the past, many operators delayed decommissioning to allow growth in the clean-up funds,” writes correspondent Jonathan Tirone. “Now, with projected costs rising, industry advocates say owners are more likely to opt for full decommissioning before the funds decline further.”

In 2005, the IAEA estimated a price tag of €150 to €750 million (US$170 to $850 million) to decommission a 1,000-megawatt reactor. Actual costs in the U.S. have ranged from US$307 to $819 million, and Chicago-based energy giant Exelon Corporation came up with a $1-billion estimate to decommission its two-unit plant in Zion, IL. In Germany, utilities have set aside €47.5 billion to decommission the country’s 17 reactors, an amount considered “acceptable” by national regulators.

With 438 nuclear plants operating worldwide, “fewer than 4% of the power reactors built have been fully decommissioned,” Bloomberg notes. “Fewer still have figured out how to store waste for the thousands of years it will remain dangerous.”