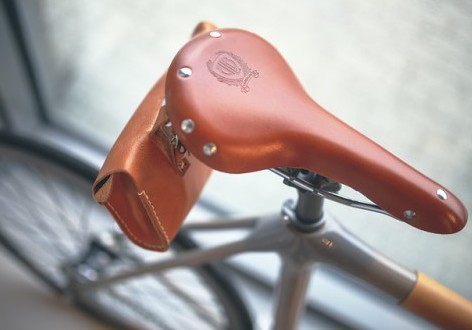 With just a bit of wacky but defensible math, Michael Andersen of BikePortland in Oregon is making the case that every minute you spend on a bicycle increases your lifespan by…one minute.

“A study released last year found that riding a bicycle transports you from place to place instantaneously,” he writes. “As in, it takes no time at all.”

The study, conducted at the University of Utrecht, looked at the habits of 50,000 long-term bike riders in The Netherlands. “Here’s what the study found,” Andersen reports. “For every additional 75 minutes a week that you spend on a bike (that is, for every 11 minutes per day), you generally increase your lifespan by six months.”

That’s no surprise to anyone who equates a healthy lifestyle with less junk food and more exercise, he writes. “But the longer you think about this finding, the more interesting it becomes. Eleven minutes per day. That’d be 3,906 minutes per year. Over the course of, say, 70 years, it’s 273,385 minutes. Which comes out to…six months.

“Which is exactly the amount of extra lifespan that these scientists discovered that 11 more minutes of biking per day will give you. Which means…Whoa. Every minute you spend on a bicycle increases your lifespan by one minute.”

At The Energy Mix, we try not to devote time or space to exotic, unproven energy technologies…like Tesla coils, or nuclear fusion reactions that can actually produce more energy than they consume. But if the biking community has suddenly discovered a perpetual motion machine, who are we to judge?