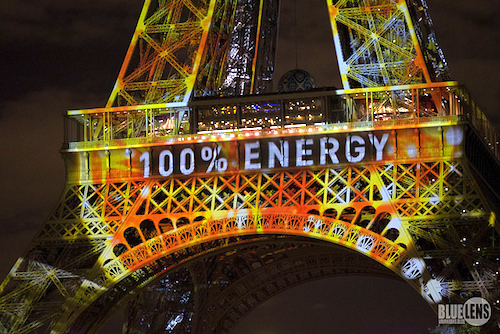 It’s time for climate strategies that replace wishful thinking with a clearer emphasis on policies and technologies that can deliver deep greenhouse gas reductions, according to two analyses published over the last week.

In Canada, even supporters of carbon pricing warn that economic levers can’t replace regulation as a climate policy tool. And in The Guardian, three leading climate analysts point to the “hype” in international climate models that presume widespread deployment carbon capture technologies that don’t yet exist.

In Canada, DeSmog reports, the Trudeau government has made carbon pricing such a high priority that the First Ministers’ meeting in early March nearly broke down over the question of a national minimum price. “The carbon pricing lobby sucked all the air out of the room,” said energy economist Mark Jaccard, drawing attention away from a wider toolbox of options.

“You can meet our Paris Agreement targets strictly with emissions pricing, whether cap and trade or a carbon tax,” he said. “You can also do it strictly with regulations.” But DeSmog notes that Jaccard’s research team at Simon Fraser University has “put together a rather convincing case showing regulations are responsible for cutting more GHG emissions than carbon pricing systems in Canada and elsewhere in the world.”

“Is a carbon price more economically efficient? Of course it is,” Jaccard told DeSmog. “All I am saying is can’t we—we so-called experts like me—learn a little bit from evidence from around the world, from what’s gone on in Canada? And that’s the reason I might talk about regulations.”

In The Guardian, meanwhile, analysts Tim Kruger, Oliver Geden, and Steve Rayner contend that the economic models behind international climate policy are built on an unhealthy dose of wishful thinking. “Technologies that remove carbon dioxide from the air are assumed in the models that avoid dangerous climate change,” the paper notes. “But such technologies do not yet exist, and it is unclear whether they could be deployed at meaningful scale.”

Most of the modelling that points toward a 2.0°C limit on average global warming—and all of the modelling for a 1.5°C scenario—presumes massive deployment of biomass energy with carbon capture and storage (BECCS). That approach has been written off as “science fiction” by at least one UK advocacy group involved in discussion at the Paris conference. Kruger, Geden, and Rayner note that “while the constituent steps of this process have been demonstrated, there are but a few, small examples of the combined process. To rely on this technique to deliver us from climate change is to demonstrate a degree of faith that is out of keeping with scientific rigour.”

The analysts raise serious questions about BECCS’ technical and economic viability and its social acceptability. “Even with rapid decarbonization, there will be a need to achieve net negative emissions during the second half of this century,” they acknowledge, and “that objective cannot be achieved from a standing start.” But “to model what you want to happen, rather than what there is evidence could happen, is to lose the thread of reality. It is redolent of a defeated leader issuing orders to armies that have long since ceased to exist—not so much vision, as delusion.”