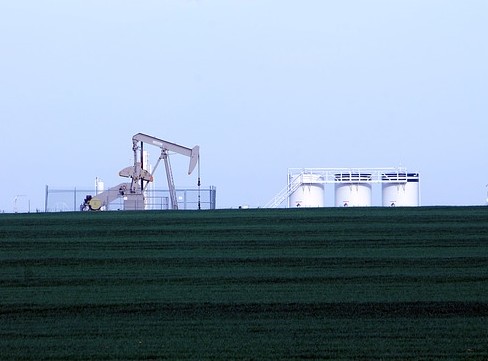 Alberta is the latest jurisdiction to face concerns about whether the faltering fossil fuel industry will clean up the thousands of environmentally hazardous well sites it is leaving behind, DeSmog Canada reports.

There are more than 37,000 orphaned and inactive oil and gas wells scattered across the province, and the number has increased by 540 in just the last year, the outlet says. Meanwhile the industry-funded Orphan Well Association has managed to secure barely 650 abandoned wells over the past two decades, although it claims it is accelerating the rate of clean-up from around 40 wells per year to more than 160.

Now, the industry is asking governments to pitch in millions to speed up the process. The Petroleum Services Association of Canada (PSAC) wants $500 million from either the province of Alberta or the federal government to pay for decommissioning orphaned wells there. Next door in Saskatchewan, pro-oil Premier Brad Wall has asked Ottawa for $156 million for the same purpose.

Neither request has been met, however, and the proposals flout the ‘polluter pays’ principle by which both the Canadian and Alberta governments have repeatedly claimed to stand.

“Many Albertans and Canadians alike don’t want their tax dollars going to cleaning up after someone else.” Alberta Energy Minister Marg McQuaig-Boyd told DeSmog.

Don Bester, president of the Alberta Surface Rights Group, agreed that “oil and gas companies that are not in trouble are going to just say ‘well, why not just leave them? Somewhere down the road, the government will clean them up.’”

“Ultimately, polluter-pays is the way,” commented lawyer Barry Robinson, national program director with Ecojustice. “We’d like to see companies post security for the abandonment and reclamation at the time the well is drilled.”

Similar concerns have arisen in the United States, where a spate of coal company bankruptcies has left doubts about who will pay to clean up dozens of shuttered mine sites.

“The longer a well sits abandoned,” DeSmog observes, “the higher the risk of accidental release or groundwater contamination.”