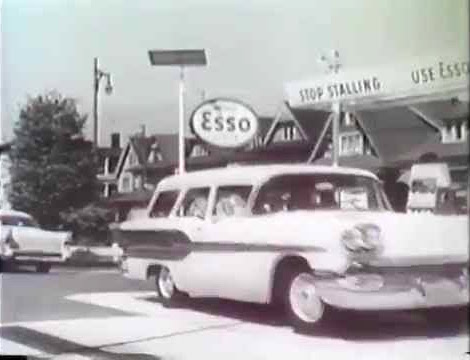 A dissenting engineer warned Imperial Oil nearly 50 years ago that it would be “anti-social” to overlook the dangers of climate change and its impacts on the environment, the National Observer reports.

Imperial is the Canadian subsidiary of ExxonMobil, now under investigation in more than a dozen U.S. jurisdictions for allegedly misleading the public on climate science.

The evidence showed up in archival material Imperial donated to Calgary’s Glenbow Museum. An internal report by chemical engineer H.R. Holland, dated in 1970, “listed carbon dioxide in a chart of pollutants,” the Observer states. It warned that “the protection of society as a whole requires the establishment of legal controls on pollution and on other anti-social acts.”

Elsewhere, the document acknowledged: “There is no doubt that increases in fossil fuel usage are aggravating the potential problem of increased CO2 in the atmosphere.”

But in 1998, writes the Observer’s Mike DeSouza, “Imperial Oil’s then-chief executive officer, Robert Patterson, said carbon dioxide was ‘not a pollutant,’ and that greenhouse gases had ‘no connection whatsoever with our day-to-day weather.’”

Last month, the U.S. Department of Justice instructed the FBI to take over its investigation of Imperial’s international parent. And this week, Standard & Poor’s dropped ExxonMobil’s credit rating from AAA to AA+ over concerns about its debt load.

Meanwhile, ExxonMobil’s own institutional shareholders are pressuring for greater disclosure of the impact global carbon reduction efforts could have on the company’s assets, Climate Change News reports. British insurer Aviva, the Seattle public pension fund, California’s CalPERS pension fund, the New York City Pension Fund, and the Church of England all signalled they will support a resolution at the fossil giant’s annual general meeting next month, seeking more information on its climate policy risk exposure.