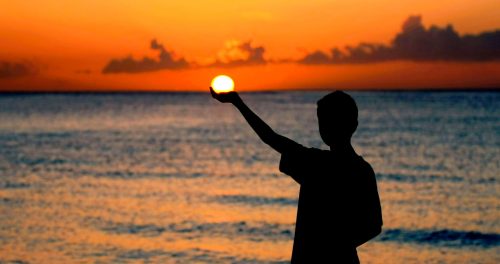 Scientists warn that the current pleasures of warmer weather will pall for US citizens as climate change brings extreme temperature rises and unhealthy levels of atmospheric ozone.

LONDON, 28 April, 2016 – There could be good reasons why US citizens face the prospect of dramatic and potentially catastrophic global climate change with seeming calm. Right now, and for four-fifths of the people, the changes make their seasons more comfortable.

But scientists warn that this benign effect could be only temporary. A separate group of researchers has warned that as greenhouse gas emissions continue to rise, unhealthy “high ozone days” could increase in the US.

And a third team of scientists has just warned that for at least half the world’s population, the hot summers of the future will regularly be hotter than any their city, county or nation has experienced in the historical record.

Overall, winter temperatures in the mainland contiguous US had risen substantially, but summers so far had not become significantly more uncomfortable.

“Rising temperatures are ominous symptoms of global climate change, but Americans are experiencing them at times of the year when warmer days are welcomed,” Professor Egan says.

But when projected ahead, the picture changed: by 2100, around 88% of the US could experience conditions less preferable to weather in the recent past.

“Weather patterns in recent decades have been a poor source of motivation for Americans to demand policies to combat the climate change problem,” Professor Mullin says. “But without serious efforts to reduce greenhouse gas emissions, year-round climates ultimately will become much less pleasant.”

People could also experience more respiratory illness, and mortality levels could rise. In a hotter America, the number of days in which atmospheric ozone levels reach potentially injurious levels will also increase.

Loretta Mickley co-leader of the Atmospheric Chemistry Modelling Group at the Harvard School of Engineering and Applied Sciences, and colleagues report in Geophysical Research Letters that episodes in which dangerous traces of the toxic form of oxygen are measured at street level could rise by between three and nine days a year.

“Typically, when the temperature increases, so does surface ozone,” Dr Mickley says. “Ozone production accelerates at high temperatures, and emissions of the natural components of ozone increase. High temperatures are also accompanied by weak winds, causing the atmosphere to stagnate. So the air just cooks and ozone levels build up.”

And higher temperatures are on the way. Brigitte Mueller, a researcher at Environment and Climate Change Canada, and colleagues report in Environmental Research Letters that within 20 years, half the world’s population could be feeling the big heat every second summer, even if the world does begin seriously to curtail global greenhouse gas emissions.

Hot summers, the scientists warn, “are now about 10 times more likely . . . in many regions of the world than they would have been in the absence of past greenhouse gas increases”.

Such warnings are not new: researchers have repeatedly predicted a greater frequency and intensity of extremes as global temperatures rise. The Canadian study, however, identifies regions at risk, and adds urgency to the research.

“The Mediterranean, Sahara, large parts of Asia and the Western US and Canada will be among the first regions for which hot summers will become the norm,” they conclude, “and this will occur within the next one to two decades.” – Climate News Network