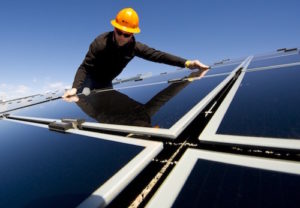 The epic failure of SunEdison Inc. says a lot about “hubris, overreaching ambition, and a mismanaged acquisition strategy,” but far less about the state of the solar energy market, Fortune magazine writes, in a lookback on the troubled solar and wind developer’s rise and fall.

The word last week that SunEdison had finally filed for bankruptcy protection “will no doubt have deep effects on the growing global solar and clean energy industries. But SunEdison’s downfall isn’t rooted in the failure of solar and wind,” the magazine opines.

“Instead, the company’s tale of woe stems from overreaching ambition and core business decisions” that pulled it “in too many directions. Companies in any industry—from drugs to mining to airlines—could, and have met, the same fate.”

Notwithstanding SunEdison’s demise, senior writer Katie Fehrenbacher notes that this is a great time to be in the solar or wind business. “A record US$330 billion was invested in clean energy last year despite the plunge in global oil prices,” she writes. “This year also kicked off on the heels of the unprecedented meeting in Paris, where the world’s nations agreed to curb greenhouse gases, which will lead to more clean energy projects.”