Saudi Arabia to End Its ‘Addiction to Oil’ by 2020 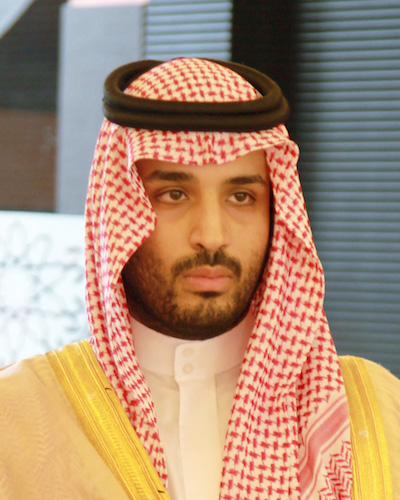 Saudi Arabia is setting out to end its “addiction to oil” by 2020 under Vision 2030, an economic modernization plan approved by the Saudi cabinet and released Monday by Deputy Crown Prince Mohammed bin Salman.

He added: “We will not allow our country ever to be at the mercy of commodity price volatility or external markets.”

Bin Salman said the plan would make his country a “global player” in finance and investment, “without any dependence on oil” by the end of this decade.

The centerpiece of the plan is an Initial Public Offering (IPO) for shares in the state oil company, Saudi Aramco, which bin Salman said would increase the country’s public investment fund from 600 billion to 7 trillion riyals (from US$160 billion to $2 trillion).

“At the centre of the plan is the restructuring of its Public Investment Fund (PIF), which Prince Mohammed said would become a hub for Saudi investment abroad,” Reuters reports. “The 31-year-old prince gave assured answers to questions on the plan, and appeared to pitch his comments to appeal across the Saudi social spectrum, and in particular to young people, who face unemployment and an economic downturn despite their country’s oil wealth.”

The deputy crown prince “played down the plan’s link to falling oil prices, adding that the country had to reform regardless,” the Washington Post reports. Both Reuters and the Post placed the announcement in the context of calls for greater transparency in Saudi Aramco’s dealings, smaller fossil-funded subsidies to citizens, talk of reforming the country’s education system, and competition for the Saudi throne among members of the royal family.

“The Kingdom would need to be a much more transparent place to encourage greater U.S. investment,” Brookings Institution senior analyst Bruce Riedel told the Post. “With the succession issue up in the air and the rise of [Prince Mohammed], there is much uncertainty about the future.”