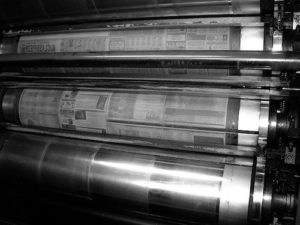 Postmedia published the article prepared by Calgary-based Friends of Science last Tuesday, pulled it by Wednesday afternoon due to what it described as a “technical issue”, then posted it again on the Calgary Herald website.

“The story cites the pseudoscience of several prominent climate change deniers, who variously claim ‘climate change is natural’ and “the sun drives climate change, far more than human influence or human industrial emissions of carbon dioxide,’” PressProgress reports. “It also goes on to attack the Alberta government’s recent decision to phase out coal-fired power plants—even though much of the world is already moving away from coal and global demand is plummeting.”

Last year, Advertising Standards Canada ruled against a series of Friends of Science billboards that carried the claim that “the sun is the main driver of climate change. Not you. Not CO2.”