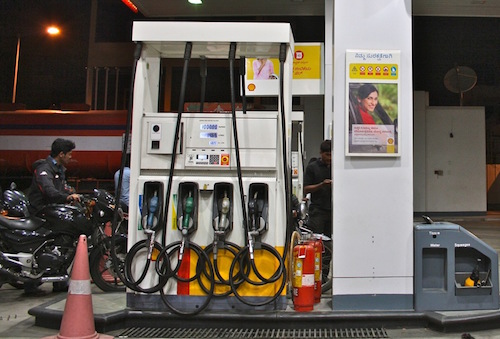 A global oversupply of gasoline could stop the oil price recovery in its tracks, just as traders and analysts were being to celebrate the price increases that unexpectedly followed the failed OPEC negotiations in Doha, Qatar earlier this month.

The price of crude oil has “rallied more two-thirds from its mid-January nadir on robust demand from refineries worldwide, stoking cautious optimism among producers and exporters that the epic rout that slashed global prices by 75% between mid-2014 and early 2016 is finally over,” Reuters reports. “But rampant production of oil products, especially in Asia, is threatening to derail that recovery. Several major gasoline importing countries have started to export, as excess supplies of fuels overflow storage facilities and erode refinery profits.”

Singapore-based oil trader Oystein Berentsen cited China and Japan as two countries that are ramping up their exports. “Soaring output has left the world awash with cheap crude as supply exceeds demand by one million to two million barrels per day,” Reuters notes, with Barclays analysts warning that “non-OECD product exports…have the potential to move prices lower over the next several months.”

Even the United States, with growing demand for gasoline, is holding near-record supplies in inventory.

Some analysts still see gasoline as the product that will pull crude oil prices out of their tailspin. “Forget about OPEC to prop up oil prices,” Bloomberg wrote, just days after the Doha meeting. “Think instead about the gas-guzzling Ford F150 pickup truck, which topped U.S. vehicle sales last year. And the Honda Activa scooter, the best selling two-wheeler in India, where demand is soaring. If anyone is going to save the oil market, they are.”

The article cited analysis by the International Energy Agency indicating that gasoline demand will increase by 600,000 barrels per day this year over 2015, and that the product will account for 50% of the overall increase in oil demand, compared to 44% last year. “Gasoline remains the star performer in global oil demand,” said IEA analyst Matthew Parry. “It’s so cheap that it spurs demand,” agreed Houston-based independent trader Mike Loya.