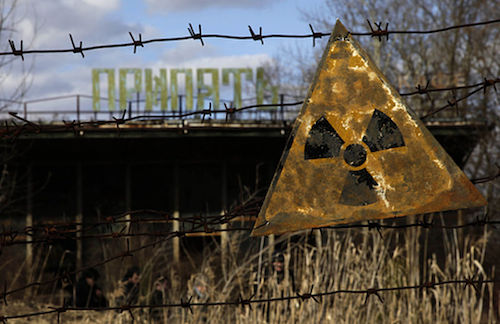 On the 30th anniversary of the Chernobyl disaster April 26, the Ontario Clean Air Alliance published an overview of the research and critical comment on an event that helped change the global mindset on nuclear energy.

“Chernobyl is a word we would all like to erase from our memory,” said former UN Secretary General Kofi Annan. “But more than seven million of our fellow human beings do not have the luxury of forgetting. They are still suffering, every day, as a result of what happened,” and “the exact number of victims can never be known.”

The OCAA report links to a photo and video essay on USA Today, two stories looking back on the children of Chernobyl, and an assessment of the 400 aging nuclear reactors still in operation around the world. “The nuclear industry is trying hard to divert funds and political support from the renewable solutions we need to tackle climate change,” the organization states. But “the human toll caused by nuclear disasters is why nuclear power can never be part of a just, sustainable, and low-carbon future.”

The Alliance also reports on a team of evolutionary biologists whose 90 studies traced the “deleterious genetic and developmental effects on wildlife of exposure to radiation from both the Chernobyl and Fukushima nuclear disasters.”