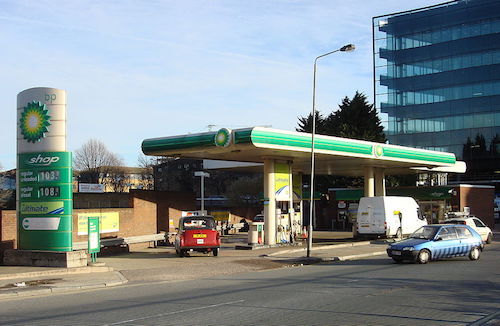 BP successfully lobbied the European Union to weaken emission regulations for refineries and petrochemical plants by threatening to pull production out of the region, according to correspondence obtained by The Guardian under access to documents laws.

“The missive to the EU’s energy commissioner, Günther Oettinger, was dated 9 August 2013, partly handwritten, and signed by a senior BP representative whose name has been redacted,” the paper reports. It stated that the proposed regulations “threaten to drive energy-intensive industries, such as refining and petrochemicals, to relocate outside the EU, with a correspondingly detrimental impact on security of supply, jobs, [and] growth.”

The threats resulted in plant regulations that “would leave Europe under a weaker pollution regime than China’s,” writes reporter Arthur Neslen, citing research by Greenpeace.

“Last year, the EU’s environment department moved to limit the coal lobby’s influence on pollution standards, after revelations by the Guardian and Greenpeace about the scale of industry involvement,” Neslen adds. “The commission had previously allowed hundreds of energy industry lobbyists to aggressively push for weaker pollution limits as part of the official negotiating teams of EU member states.”

Member of European Parliament Molly Scott Cato said the letter “reveals how the arm-twisting tactics of big oil seek to undermine the EU’s progressive energy and climate policies. BP’s covert lobbying, combined with threats of an exodus of the petrochemicals industry from the EU, are nothing short of blackmail.”