Paris Signatures Could be ‘Next Nail in the Coffin’ for Fossils: 350.org 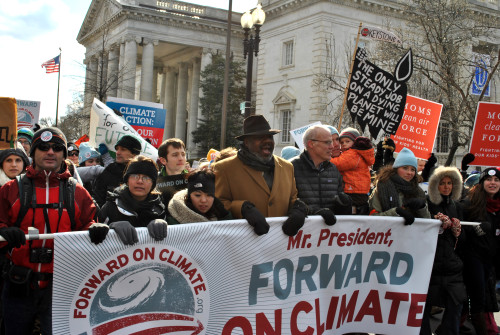 The proceedings will be purely ceremonial in New York today when representatives of 160 countries sign the Paris agreement, but the results could be transformative if the countries actually keep their carbon reduction promises, 350.org Executive Director Mae Boeve said in a release.

“The formal signing of the Paris Agreement could be the next nail in the coffin of the fossil fuel industry if governments actually follow through on their commitments,” she said. “The growing and vibrant climate movement is forcing governments to bow to the pressure to break free from fossil fuels.”

Pointing to the gap between governments’ promises, their actions to date, and the level of ambition needed to avert runaway climate change, Boeve stressed that “the only way to achieve this is by keeping coal, oil, and gas in the ground.” She pointed to the BreakFree protests coming up in May as one part of the drive to “maximize the current political momentum to push for more.”