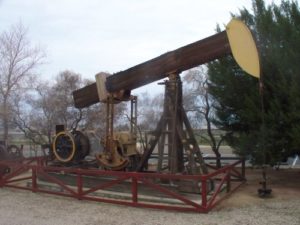 Humanity could completely phase out fossil fuels in the next decade with the right policies and incentives, according to a paper in the journal Energy Research & Social Science.

“The mainstream view of energy transitions as long, protracted affairs, often taking decades or centuries to occur, is not always supported by the evidence,” said Benjamin Sovacool, Director of the Sussex Energy Group at the University of Sussex, UK.

“Moving to a new, cleaner energy system would require significant shifts in technology, political regulations, tariffs and pricing regimes, and the behaviour of users and adopters,” he acknowledges. And “left to evolve by itself—as it has largely been in the past—this can indeed take many decades.”

But while “a lot of stars have to align all at once,” he says, “we have learnt a sufficient amount from previous transitions that I believe future transformations can happen much more rapidly.”

Sovacool looked at past and recent energy transitions and concluded that that record doesn’t necessarily support the mainstream belief in a slow, gradual shift off fossil fuels.

“Moving from wood to coal in Europe, for example, took between 96 and 160 years, whereas electricity took 47 to 69 years to enter into mainstream use,” the University of Sussex writes in a research summary. But Sovacool points to several factors that could speed up the process today: “Scarcity of resources, the threat of climate change, and vastly improved technological learning and innovation could greatly accelerate a global shift to a cleaner energy future.”

From a series of 10 energy conversion case studies, he notes that Ontario reduced coal from 25% of its electricity supply to zero in 11 years, and Indonesia moved two-thirds of its population from kerosene to LPG stoves in just three years. Brazil took only six years to make ethanol fuel an option for 90% of its vehicle fleet, while France increased its nuclear generation capacity from four to 40% of supply in 12 years.

“Each of these cases has in common strong government intervention coupled with shifts in consumer behaviour, often driven by incentives and pressure from stakeholders,” the university notes. But these examples of speedier transitions “are often overlooked by analysts.”