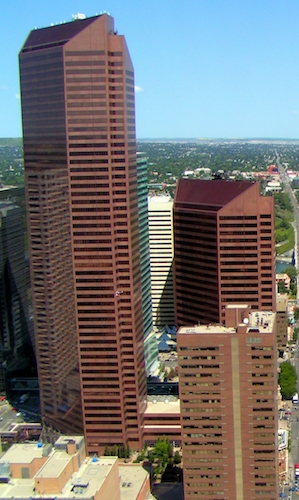 Faced with a shareholder resolution, mounting industry-wide pressure, and direction from regulators for greater corporate disclosure of climate-related risk, Canada’s Suncor Energy Inc. says it will give its shareholders more detail about its exposure to new carbon policies.

The Calgary-based company, the largest producer of tar sands/oil sands bitumen, has recently been hedging its fossil bets by investing in renewables. Its latest move to placate carbon critics was prompted by a shareholder resolution that will be taken up at the company’s annual general meeting next week.

The resolution moved by SumOfUs, a consumer NGO, “called on the company to outline its policies on lobbying, including payments for direct and indirect lobbying and ‘grassroots’ communications,” the Globe writes. In announcing the new disclosures, Suncor also urged shareholders to defeat the resolution.

The company said it would release more information about its strategy for a transition to a low-carbon economy in a corporate sustainability report in July, but deflected demands that it detail its lobbying and public relations efforts on climate and carbon policy.

“Any additional information is not practical to provide and does not provide shareholders with the information they need to manage risk,” the company advised shareholders.

“I’m happy to see that Suncor is responding to the growing concerns for more transparency,” said SumOfUs lead strategist Emma Pullman, “but this disclosure falls short of what we asked.”