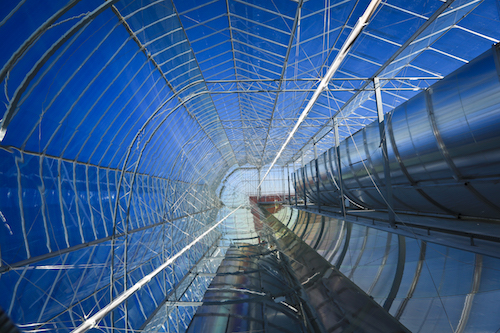 A grim report released Tuesday shows that while clean technology companies in the rest of the world are booming, Canada’s saw their growth stall in 2014, in part as result of the previous government’s lack of climate policy. The report came on the heels of a request from 200 sector leaders for more help from Ottawa.

This year’s Canadian Clean Technology Industry Report revealed that total revenues for 774 clean-tech companies dropped slightly to $11.6 billion in 2014, from $11.7 the year before. The lack of a national climate policy at the time, financial sector aversion to funding cleantech start-ups, and the oil and gas sector slump were all factors, report author Céline Bak told the Globe and Mail.

The report brought fresh urgency to a call just days earlier from nearly 200 cleantech industry leaders for more support, beyond the $2-billion Low Carbon Economy Fund and $5 billion in other clean sector spending in last month’s federal budget. In an open letter to Prime Minister Justin Trudeau, the group asked for at least another $1.75 billion in support.

The group asked for $1 billion in loan guarantees for early-stage projects, a $500 million venture capital fund, $1.25 billion to expand Sustainable Development Technology Canada, and tax credits similar to those enjoyed by the mining and oil and gas industries.

“The global market for clean technologies is worth more than $1 trillion,” the group advised the Prime Minister. But “while Canada’s cleantech industry has shown impressive growth in absolute terms, we are losing global market share to increasing competition from the United States, China, Germany, Singapore, Israel, and other jurisdictions.”

When he released his budget last month, Finance Minister Bill Morneau “suggested the investments in clean economy ‘are just a start,’” the Globe reported at the time, and committed that “more action will be taken.”