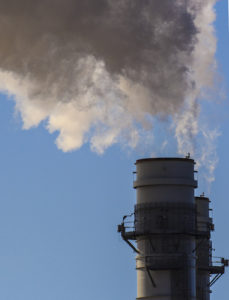 Carbon emissions should carry a price everywhere on earth, according to the Carbon Pricing Leadership Coalition, a group formed on the sidelines of the Paris climate conference whose 25 national and subnational members include Canadian Prime Minister Justin Trudeau, German Chancellor Angela Merkel, and Mexican President Enrique Peña Nieto, among others.

The latest statement by international leaders “signals clear momentum around the world to put a price on carbon,” said World Bank Group President Jim Yong Kim. “The most direct and certain path to reduce carbon emissions is to put a price on them, so that carbon pollution becomes an operating cost, and incentives are created to push forward with greener technologies and solutions.”

About 40 countries and 23 cities, states, and provinces put a price on carbon, the Coalition said in a release. “Together, these cover the equivalent of some seven billion tons of carbon dioxide—a threefold increase over the past decade.”