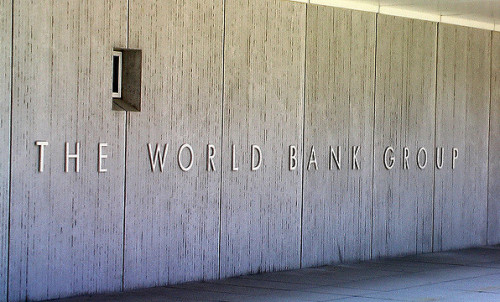 The World Bank and other multilateral development banks earn a failing grade for their efforts to combat global energy poverty in the second in a series of annual studies released last week by Oil Change International and the U.S. Sierra Club.

The analysis comes less than a month after Sierra and two other organizations reported that the US$1 trillion wasted on unneeded, unwanted coal projects would be enough to eradicate energy poverty.

“At least half of MDB energy budgets should go toward energy access projects, and at least two-thirds of that funding should be directed to distributed clean energy, including off-grid and mini-grid solutions,” Oil Change and Sierra said in a release last week. But the institutions “are failing to allocate enough of their energy investments to projects that focus on delivering energy access to the poor,” and “failing to ensure that the energy access funding they do allocate goes to the kind of proven solutions that provide energy access rapidly.”

“For far too long, massive, centralized power plants and expanding the grid have been the default approach in addressing energy poverty—a strategy which has clearly failed to reach the world’s poorest,” said Oil Change’s Alex Doukas. “The world’s development banks have a mandate to end poverty, yet they’ve largely ignored one of the most powerful tools to achieve that goal: distributed clean energy solutions that can get electricity to the global poor right away.”

“Fortunately, there’s still time to reach the world’s goal of eliminating energy poverty by 2030 if these institutions act fast to rebalance their budgets toward what’s needed,” said Vrinda Manglik, of the Sierra Club’s International Climate and Energy Campaign.

On EcoWatch, ex-Sierra CEO and Chair Carl Pope points to the lack of an international finance institution to mitigate long-term investment risk for the scale of clean energy activity that developing countries need. “The “name of the game is to loan cheap, abundant capital from the industrial world to clean energy projects in developing nations,” he writes. “The technologies themselves are not risky,” but “loaning money to a foreign country to be repaid over 20 years creates a series of risks unrelated to the project.”

Commercial banks and major industrial countries know how to mitigate those risks for conventional energy projects, “but the world lacks a global institution which will do this for all countries and all commercially sound clean energy projects.”

“But if you look at the scale of the challenge,” Pope counters, “it’s alarmingly modest.” Rather than increasing overall lending to meet its climate commitments, “the Bank is primarily shifting funds from other development activities to climate—a step which will infuriate the developing world, for whom less money for health and education to pay for climate puts the whole burden of climate action on the poor.”